Jason Michael Ross, Esq. has experience in various aspects of legal counsel, negotiation, litigation, mediation and appellate practice. In 1993, while working as a grocery clerk for A&P, he completed his B.S. at Rutgers University. He subsequently three years later, received his M.P.A. from Seton Hall University while employed as a caseworker for the Essex County Department of Citizen Services. After attending night school for four years while working as a paralegal in two Northern NJ law firms, he received his J.D. in 2002 from Seton Hall University School of Law and was admitted to practice in the state.

Jay was granted admission for not only the U.S. District Court for the District of New Jersey (2003), but also the U.S. Court of Appeals for the Eleventh Circuit in Atlanta (2007), and the Supreme Court of the United States (2006). He has received extensive specialized training through the Attorney General’s Advocacy Institute and other specialized continuing legal education through the New Jersey State Bar Association and the Florida Bar. Jay specializes in various areas of New Jersey administrative law, such as alcoholic beverage control/liquor licensing law.  Furthermore, he also has experience in the areas of commercial real estate, small business transactions, estate planning, municipal court, landlord-tenant matters, immigration and commercial litigation.

Count on our experience in alcohol and beverage law to help you achieve your business goals. Our experienced legal counsel will work with you to efficiently guide you through this unique, complex and heavily regulated industry.

We serve the alcoholic beverage and hospitality industries in a variety of legal matters. This includes issues ranging from production, distribution, and sale of licensed beverages to liquor law, intellectual property, regulatory compliance, and dispute resolution, among other matters.

Our experience with Alcoholic Beverage Law is only underscored by our commitment to excellent service and client success.

We represent clients who have been arrested for a New Jersey DWI.  Your rights are important, and therefore it’s critical that you hire an attorney who understands DWI law and municipal law, and one who will advocate tirelessly for your rights.

If you have received a traffic ticket or have been arrested for a traffic offense, you can rely on us to provide you with the representation you need to make sure your rights are persevered and protected. Whether it’s speeding, going through a stop sign improperly, talking on your cell phone, tailgating, parking, or red light violations, count on our experience to represent you.

We represent landlords in all matters including failure to pay rent or consistently late payments, unacceptable behavior, lease violations, property maintenance and living conditions, illegal use of property, and illegal rental or subletting.

When considering purchasing or selling a commercial property, hiring the right lawyer is vital. We represent clients for: 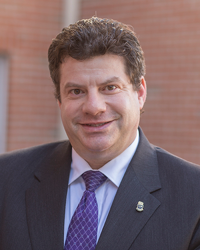